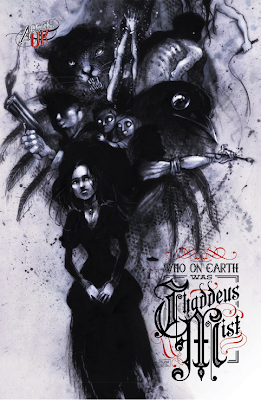 Who are you?
Owen Michael Johnson - writer/illustrator/comic-creator.

What have you done / what are you doing?
I’m a comic book writer, and the demented mind responsible for the Accent UK graphic novel Who On Earth Was Thaddeus Mist? which launched recently at Thought Bubble festival of Sequential Arts, where Starburst magazine deemed it “a book that soars high above any comparable British anthology”. I’ll be selling limited copies of Who On Earth Was Thaddeus Mist? at Canny Comic Con.

I’m currently writing and drawing Reel Love; an autobiographical comic about one man’s life-long relationship with his small-town cinema, as well as other creator-owned material with artists far more accomplished than I. I co-host a cult-film podcast called ‘The Occultists’, and reside near Penrith, Cumbria.